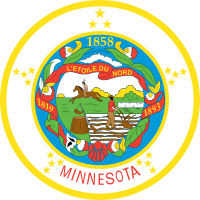 According to the knife laws in Minnesota, owning all sorts of knives is legal here except the switchblades. There are some knife carrying laws but if you are a bit aware of your exposal, these won’t be a problem at all.

Knife laws are pretty different and broad in Minnesota than the other states. Once you get to know the laws properly, you may not find any difficulties and we are going to discuss those elaborately.

Knives that are Illegal to Own in Minnesota

Check the law for yourself in the code 609.66. Dangerous Weapons.

“Subdivision 1: Misdemeanor and gross misdemeanor crimes. (a) Whoever does any of the following is guilty of a crime and may be sentenced as provided in paragraph (b):

When a person violates the law that is mentioned above will be convicted and he/she will be punished under different stages or it can be said that it will vary on different situations. For instances, when it will be committed in public housing or in some places which the Government own, on school premises, or in park or local zone, the person will be punished by;

The code 609.66 mentions about the punishment too.

“(b) A person convicted under paragraph (a) may be sentenced as follows:

Definition of Dangerous Weapons according to the knife laws in Minnesota

The code 609.02 defines the Dangerous Weapons.

If any person carries dangerous weapons such as dirks, daggers etc. and threatens any individual or injures anyone or anything related to that individual; that victim can seek help for his/her sureties from the court for six months.

Whoever shall go armed with a dirk, dagger, sword, pistol, or other offensive and dangerous weapon, without reasonable cause to fear an assault or other injury or violence to person, family, or property, may, on complaint of any other person having reasonable cause to fear an injury or breach of the peace, be required to find sureties for keeping the peace, for a term not exceeding six months, with the right of appealing as before provided.”

Tips for not to get Offended

Get yourself defended for violating the knife laws in Minnesota totally depend on the way you expose yourself. It may also happen, for example, you are not into any crime and you are not intended to harm anybody either. But you are recklessly handling or using a dangerous weapon or any knife that is designed as a weapon; this will definitely get you into trouble.

On the other side, you still can carry a dangerous weapon if you are not intended to harm anyone or you do not use that as a weapon.

So, do not expose any gesture that proves you are intended to harm anyone with your device or weapon or knife whatever it is. When your expression makes anyone doubt you, you will call danger all by yourself.

Do not use or handle any knife or as defined “dangerous weapon” recklessly. Also, do not possess any dangerous kit or device that in order to be used unlawfully against anyone as a weapon. These will definitely violate the laws mentioned in the code 609.66.

“Misdemeanor and gross misdemeanor crimes. (a) Whoever does any of the following is guilty of a crime and may be sentenced as provided in paragraph (b),

(1) recklessly handles or uses a gun or other dangerous weapon or explosive so as to endanger the safety of another;

(5) possesses any other dangerous article or substance for the purpose of being used unlawfully as a weapon against another.”

Knife Laws for Schools and Courthouse in Minnesota

Carrying knives on school premises and courthouse are illegal in Minnesota and it will be felonies that violate the laws. Only authorized persons can carry these dangerous weapons and in different situations, otherwise, that individual will be defended.

The code 609.66 describes these elaborately.

“Subd. 1d. Possession on school property; penalty. (a) Except as provided under paragraphs (d) and (f), whoever possesses, stores, or keeps a dangerous weapon while knowingly on school property is guilty of a felony and may be sentenced to imprisonment for not more than five years or to payment of a fine of not more than $10,000, or both.……

……… Notwithstanding paragraph (a), (b), or (c), it is a misdemeanor for a person authorized to carry a firearm under the provisions of a permit or otherwise to carry a firearm on or about the person’s clothes or person in a location the person knows is school property. (d) section 609.531, a firearm carried in violation of this paragraph is not subject to forfeiture.”

If anyone possesses or carries any dangerous weapon on school premises and that person has no permission or authorization, he/she will be sentenced to,

(1) imprisonment of not exceeding five years and or,

“Subd. 1g.  Felony; possession in a courthouse or certain state buildings. (a) A person who commits either of the following acts is guilty of a felony and may be sentenced to imprisonment for not more than five years or to a payment of a fine of not more than $10,000, or both

(1) possesses a dangerous weapon, ammunition, or explosives within any courthouse complex; or

(2) possesses a dangerous weapon, ammunition, or explosives in any state building within the Capitol Area described in chapter 15B, other than the National Guard Armory.”

Explanation: If a person possesses a dangerous weapon in a courthouse or a state building without any authorization will be sentenced to,

(1) imprisonment of not exceeding five years and or,

The code 609.66 also elaborates in which conditions, carrying knives or dangerous weapons are legal in school premises and courthouse or state buildings.

“609.66: An authorized person such as licensed peace office on his duty, if any program is held that has to show knives or other dangerous knives etc. are such situations when those individuals have a permit to carry or possess a knife or dangerous weapon on school premises or in the courthouse.”

All sorts of legal knives can be carried concealed unless you have intent to harm anyone.

Knives that are Legal to Own in Minnesota

All knives are legal to own here except the mentioned one earlier.

Final words on the Knife Laws in Minnesota

Knife laws in Minnesota are not that tricky though but have some things to remember thoroughly.

Knife carrying laws are strict here rather than the ownership laws. So, you need to be careful while carrying illegal knives with you.

You would not be in any danger unless your exposal with the knife seems okay. It is better you learn the laws first and avoid carrying those with you both openly and concealed.