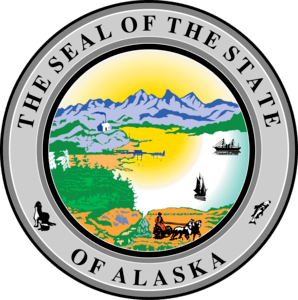 Knife laws in all the 50  states in America are not that friendly though but Alaska has got one of the friendliest knife laws like Arizona state knife laws. This state is an ultimate freedom-land for the animals and for the knife users as well.

It is the region in America where fishing and hunting are very popular and also a good number of animals may welcome you. You can meet those at any time and which is why the usage of knives are pretty relaxing out there (to protect yourself mostly).

Knife laws in Alaska have been updated for more than 7 times in 2013 and finally, the most updated and effective version of laws has been established on September 16, 2013.

Even most of the sites still have not updated the law where there is good news for the knife users in Alaska. The switchblades and gravity knives were illegal till the last update but the new version of the knife laws of 2013 says that there are no knives illegal in Alaska except some factors.

To clarify the confusion, first learn what switchblade and gravity knife is all about.

The Switchblade Knife Act of 1958 says,

“The term ‘switchblade knife’ means any knife having a blade which opens automatically—by hand pressure applied to a button or other device in the handle of the knife, or (2) by operation of inertia, gravity, or both.”

But Alaska allows switchblades as the legal one right now.

What is Gravity Knife?

A gravity knife is a kind of knife which opens with the force of gravity or inertia. Gravity knives are different from the switchblades from their fundamental perspective. Switchblades open automatically through a switch or a push of a button but the gravity knives open with the help of the spinning motion and gravity.

The most recent and updated version of the law has declared particularly, there are no illegal or forbidden knives in Alaska to carry and own.

Switchblades and gravity knives now can be carried legally over the age of 21. Otherwise, all other knives are legal to carry at any age.

But, there are some restrictions on some factors such as carrying in some particular places, concealing, owning, and selling knives.

Some Important Facts to Set in Mind-

You should be aware of concealing the knives even if they are legal to carry. Otherwise, you might get into trouble.

Though there are no restrictions or prohibitions on those persons over 21 years of age to carry knives, it is illegal to carry a knife as well as a deadly weapon by a person under 21 years old especially if concealed. Pocket knives are the exceptions.

“Deadly Weapons” mean which are the very dangerous weapons and anyone can easily get a serious physical injury or even death. Knives with fixed blades and regardless of size are considered as deadly weapons.

Some places you can never carry any knives:

Knife laws in Alaska are very relaxing, true, but there are some places where you can never carry or conceal any sort of knives. It is illegal.

Schools: It is prohibited to carry or bring any knives or deadly weapons in any schools’ campuses or grounds or buildings knowingly without the permission of school administration.

Anyone’s Private Residence: You need to get your “express or written permission” if you want to carry or conceal any knives into someone’s house. Otherwise, it would be count as illegal.

When is it Illegal?

As it is mentioned in the beginning, Alaska owns a huge number of animals for which fishing, hunting as well as being hunted by the animals is a very common scenario. So, carrying, buying, selling, manufacturing and owning knives in Alaska are very friendly.

There is no prohibition on producing switchblades and gravity knives.

After 21 years old, it is all legal for you to bring any blades in most places except for the restricted ones.

The interesting part is there are no restrictions on the blade sizes of particular knives in Alaska’s knife laws. Though the most police department prefers the blade length to be 3” or 4”, it is not that fixed.

A conclusion to the knife laws in Alaska:

The knife laws in Alaska are the friendliest than any other states so far. Now, all knives are legal here including the switchblades, gravity knives, dirks, daggers, stilettos and other kind of dangerous knives unless you intend to harm anybody.

You are not going to get any trouble unless you are following the simple rules and restrictions. The police officer is not going to charge you and get you offended until you are acting like one.