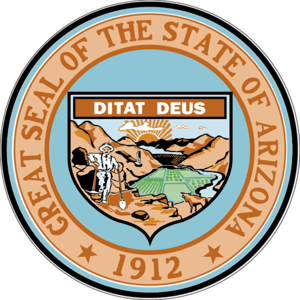 Welcome to Arizona with the coolest knife laws coolest than ever. This state has got the most amazing and friendliest knife laws that it would be on top three compared to the other states.

Knife laws in Arizona are no exceptions than Alaska’s knife laws. Arizona also has got the friendliest knife laws than other states and if it is ranked, it would be on top 3.

According to the recently updated version of the knife laws in Arizona, there are no particular knives illegal.

Here knives are known mostly to cut things off as well as a general tool. The laws are also as simple as this.

In Arizona, knife means a cutting instrument which includes a sharpened or pointed blade. The citizens of Arizona use a knife as a tool rather than a weapon. The knife law in Arizona is as simple as this.

But still, there are some Restrictions on Arizona Knife Laws:

There are still some restrictions but not that tough.

Age is a matter:  A person under age 21 cannot carry or conceal a knife (except for the pocket knives), which is illegal.

Schools are Knives Free Zone: Anyone cannot carry or conceal a knife in the school campus or ground or buildings. That would be illegal.

Intend to do any wrong: If you attempt any crime or intent to hit or harm anybody or try to rob a place with knives and behave abnormal as well as wave the knife recklessly, it would be illegal here and you have possibilities to get charged.

Being a Convict: If you escape from a prison or jail as a convict carrying a knife that is also illegal.

Arizona only counts these as illegal, otherwise, you have your full rights to carry, own or buy and even conceal a knife anywhere you want (except school).

Isn’t Arizona the Coolest state or what!

What Is Legal According To The Arizona Law:

A person of 21 years of age and above can easily buy, own, carry and conceal knives of any types of blades they want. Here in Arizona, “age” is considered as the most important fact.

Pocket knives, Switchblades, gravity knives, balisong knives, bowie knives (Here’s a guide about this knife you can check), stilettos and all other sorts of knives are legal from the changes in the knife laws of 2011, which is the most updated version.

Not only is that, here in Arizona, the size of a blade not a matter of fact too. You can carry a knife with any size of blade you want.

A person above 21 years old can conceal any kind of knives they want. When they are under 21 years old, they also can conceal but only pocket knives. No dangerous weapon is allowed for them to conceal either.

The law regarding the carrying of knives in Arizona may be found at Section 13-3102.

“2. Carrying a deadly weapon except a pocket knife concealed on his person or concealed within his immediate control in or on a means of transportation if the person is under twenty-one years of age.”

A conclusion to the Knife Laws in Arizona

Age is an important matter for Arizona’s knife laws. Otherwise, there are no tough restrictions (except some easy going) and no complexity, unless you attempt any crime.

Knife laws in Arizona are similar to Alaska’s ones. Being a knife user, you would not have to worry about carrying or possessing knives here in Arizona or Alaska either.