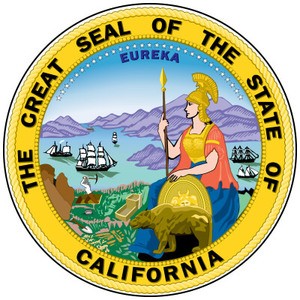 Knife laws in California are not that friendly as the previous ones. There are different kind of knives which are illegal to carry, conceal or even own.

California knife laws can sometimes be confusing and quite inconsistent. The laws have been changed several times.

To make all these clear to you, this article may help a lot.

Knives that are always Illegal in California

The code 16590 states the generally prohibited weapons as well as knives thoroughly.

“16590: As used in this part, “generally prohibited weapon” means any of the following:

(j) A concealed explosive substance, other than fixed ammunition, as prohibited by Section 19100.

(m) A leaded cane or an instrument or weapon of the kind commonly known as a billy, blackjack, sandbag, sand-club, sap, or slung-shot, as prohibited by Section 22210.

To point out the statement, the followings can be mentioned as the illegal, banned or prohibited ones.

Law for the Switchblades

Switchblades having the blade of more than two inches are illegal in California for carrying openly, selling, transferring or anything related to these.

“Every person who does any of the following with a switchblade knife having a blade two or more inches in length is guilty of a misdemeanor:

(a) Possesses the knife in the passenger’s or driver’s area of any motor vehicle in any public place or place open to the public.

(b) Carries the knife upon the person.

(c) Sells offers for sale, exposes for sale, loans, transfers, or gives the knife to any other person.”

Penalties when you break the rules

Switchblades: When you break the laws for the switchblade knives, you will go through these penalties below:

Undetectable Knives: Undetectable knives cannot be detected by metal detectors or magnetometers. Carrying, owning, selling, manufacturing or importing of an undetectable knife is also illegal and you will be punished by,

Knives that may be carried openly but not concealed

According to California knife laws; there are some knives that can be carried openly legally but cannot be concealed, that would be illegal.

• You can carry dirks, daggers, and stilettos openly anywhere you want and for this, you won’t be punished. But if you conceal this sort of knives, that would be illegal because these knives are very dangerous and used mostly for stabbing or hurting people.

• Chef’s knives, ice picks, knitting needles, and scissors are also included in Dirks and Daggers. These knives can cause serious injuries by stabbing. So, these knives are illegal when you carry those concealed. But you can carry openly on your hip or waist.

Penalties when you break the law of Concealed Carry

If you are charged with carrying a concealed dirk, dagger or stiletto then you will receive, (Source)

*In fact, carrying or breaking the rules of California knife laws, up to 36 months that is 3 years in prison and/or fines up to $10,000 and in between are the main punishments.

Knives that are legal Totally

There are some knives that can be carried either openly or concealed. These knives are legal.

You can carry knives (that are legal) of any blade size you want.

Some Restricted Places to carry a knife

California’s school grounds and campuses or buildings and universities are weapons as well as knives free zone. But you can take knives that are less than 2.5 inches in blade size.

The California penal code section 626.10 says about this adding to the punishment,

“…who brings or possesses any dirk, dagger, ice pick, or knife having a fixed blade longer than 21/2 inches upon the grounds of, or within, any private university, the University of California, the California State University, or the California Community Colleges is guilty of a public offense, punishable by imprisonment in a county jail not exceeding one year.”

It is written in the California penal code section 626.10, you cannot bring or possess any ice picks, razor blades, box cutters, dirks or daggers and other dangerous knives on school, kindergarten, college or university premises.

“…who brings or possesses a razor blade or a box cutter upon the grounds of, or within, any public or private school providing instruction in kindergarten or any of grades 1 to 12, inclusive, is guilty of a public offense, punishable by imprisonment in a county jail not exceeding one year.”

Punishment: when someone violates this law will be punished by,

In Public or State Buildings

It is illegal to bring or possess a knife in any public or state local buildings. In the penal code 171b, it is strictly mentioned as a crime and therefore you will be punished. Switchblades, knives that are over four inches of the blade and any illegal knives in California knife laws are prohibited in public or state buildings.

The code 171b describes the details about it.

“(a) Any person who brings or possesses within any state or local public building… guilty of a public offense punishable by imprisonment in a county jail for not more than one year, or in the state prison.”

Punishment: Any person who violates this law shall be punished by,

What to do when you are charged?

If your knife is less than 2.5 inches and if your knives such as dirk or dagger are not ready to use as a stabbing weapon or a deadly weapon, you will not be charged even after carrying or concealing one. You will have to learn the legal definitions of prohibited knives first.

You are not knowingly carrying a deadly weapon or knife that is prohibited in California’s knife laws.

Also, you have to prove that confident that you were carrying those without any wrong intent.

Sum up to the California Knife Laws

Knife laws in California are somewhat tricky if you do not get to know that thoroughly. Other than the knife-friendly states, California has a lot more to study about the knife laws. A decent law has been set considering the advantages of the citizens of California.

So, if you attempt doing any wrong or crime, it will totally be on your own consent and you will get punished or charged.