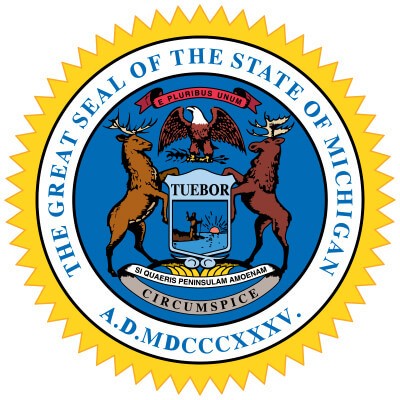 It has now become a knife-friendly state so far. But still, carrying knife laws remain the same here. But these are not that complicated once you get to know them.

What does the Updated Michigan law Say?

Senate Bill 245, on October 10, 2017, has passed the law that there will remain no prohibitions on the possession or sale of spring-assisted knives, also known as “switchblades” in Michigan.

This updated portion of the law has not been mentioned to most of the sites yet. So, do not get confused. There remain no banned or restricted knives to own or possess and for sale in Michigan.

According to the knife laws in Michigan, one cannot carry openly or concealed the knives mentioned below,

Concealing these knives in a vehicle is also illegal but possessing these in a private house or place of business is legal.

Exception: Hunting knives can be carried openly or concealed and it is legal here.

A person who carries these illegal knives or violates this law is guilty of a felony. He/she will be punished by,

The code 750.227 says about these illegal carrying knives and the punishment.

(1) A person shall not carry a dagger, dirk, stiletto, a double-edged non-folding stabbing instrument of any length, or any other dangerous weapons, except a hunting knife, adapted and carried as such, concealed on or about his or her person, or whether concealed or otherwise in any vehicle operated or occupied by the person, except in his or her dwelling house, place of business or on other land possessed by the person.

(3) A person who violates this section is guilty of a felony, punishable by imprisonment for not more than 5 years, or by a fine of not more than $2,500.00.”

A person who carries these knives mentioned below with an unlawful intent will be guilty of a felony.

A person who violates this law will be punished by,

“750.226 Firearm or dangerous or deadly weapon or instrument; carrying with unlawful intent; violation as felony; penalty

(1) A person shall not, with intent to use the same unlawfully against the person of another, go armed with a pistol or other firearm, or a pneumatic gun, dagger, dirk, razor, stiletto, or knife having a blade over 3 inches in length, or any other dangerous or deadly weapon or instrument.

(2) A person who violates this section is guilty of a felony punishable by imprisonment for not more than 5 years or a fine of not more than $2,500.00.”

In fact, any knife can be dangerous if someone has the intention to harm anyone. Someone can even commit any crime or intent to do any harm to others with a hunting knife, who knows! So, you need to be careful with that.

A knife having a blade length of more than 3 inches is not a dangerous knife unless it is used with the intent to harm anybody.

The statement above is only applicable to the situation when someone intends to harm anybody or attempts to make a crime.

All schools in Michigan are knife/weapon free zone. Carrying and possessing any knives without special permission is illegal on school premises.

Legal Defense when you are charged

As the knife carrying laws are strict here in Michigan. So, it is better for you to be careful while carrying knives.

If you are still charged for open carrying any knife illegal but you did not have any intention to harm anybody, there you have opportunities to prove yourself not guilty.

But carrying illegal knives concealed might drag you into trouble. And there are fewer possibilities to defend you. If you had no ideas about the knife laws, you may try proving you not guilty with confidence. But first, you may have to face the court and there you will be given an opportunity to trial.

It’s better if you know the knife laws first then falling in any problematic situation.

Knives that are Legal to Own in Michigan

According to the newly updated law, all knives are legal to own in Michigan. For instance, they are mentioned below,

Sum up to the Knife Laws in Michigan

Only the carrying knife laws for some dangerous knives are prominent in the knife laws in Michigan.

Otherwise, there is no special law for the minors. Knives are not allowed in schools and would be illegal if anyone carries one without authentic permission.

There is no fixed blade size for particular knives except the restrictions for knives over 3 inches in blade size while carrying with an unlawful intent.

Considering all these, Michigan can be now called a knife-friendly state especially for owning knives.