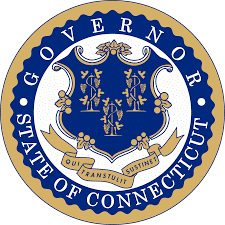 Knife laws in Connecticut mainly focus on the knife carrying issue and the length of the blades.

According to this state, almost all kind of knives are legal to own and you can have those in your home easily.

You just need to go through only some restrictions while carrying particular dangerous knives openly and concealed. That’s why knowing the laws for your safety is better than getting into any trouble later.

Knives that are Illegal to carry

In Connecticut, some knives are illegal to carry but not to own.

What is the punishment for carrying an illegal knife?

If you carry an illegal knife, you will be guilty of a class E felony and will be punished by,

The section 53-206 says about the penalty for carrying a dangerous weapon/ illegal knife,

“(a) Any person who carries upon his or her person any BB. gun, blackjack, metal or brass knuckles, or any dirk knife, or any switch knife, or any knife having an automatic spring release device by which a blade is released from the handle, having a blade of over one and one-half inches in length, or stiletto, or any knife the edged portion of the blade of which is four inches or more in length, any police baton or nightstick, or any martial arts weapon or electronic defense weapon, as defined in  section 53a-3, or any other dangerous or deadly weapon or instrument, shall be guilty of a class E felony.”

There is no prohibition for concealing a knife in Connecticut. Rather, it is more punishable if someone carries an illegal knife upon his/her body. The person or convict will be immediately forfeited.

“Whenever any person is found guilty of a violation of this section, any weapon or other instruments within the provisions of this section, found upon the body of such person, shall be forfeited to the municipality wherein such person was apprehended, notwithstanding any failure of the judgment of conviction to expressly impose such forfeiture.”

Carrying an illegal knife in a vehicle sentence to a penalty

It is more dangerous if you knowingly carry a weapon or an illegal knife/ dangerous weapon in a vehicle, you will be punished immediately by,

Weapons mean any dirk knife, switch knife, any automatic knives having a blade of over one and one-half inches, stilettos, any martial arts’ weapons, and any knife having a blade of four inches and more than that and other dangerous weapons.

The code 29-38 says about the penalty of carrying illegal weapon/knife in a vehicle,

“Sec. 29-38. Weapons in vehicles. (a) Any person who knowingly has, in any vehicle owned, operated or occupied by such person, any weapon, any pistol or revolver for which a proper permit has not been issued as provided in section 29-28 or any machine gun which has not been registered as required by section 53-202, shall be fined not more than one thousand dollars or imprisoned not more than five years or both……

The word “weapon”, as used in this section, means any BB. gun, any blackjack, any metal or brass knuckles, any police baton or nightstick, any dirk knife or switch knife, any knife having an automatic spring release device by which a blade is released from the handle, having a blade of over one and one-half inches in length, any stiletto, any knife the edged portion of the blade of which is four inches or over in length, any martial arts weapon or electronic defense weapon, as defined in section 53a-3, or any other dangerous or deadly weapon or instrument.”

Blade size is a big matter

So, these are the restrictions for carrying knives in Connecticut.

Where and in what cases you still can carry an illegal knife and won’t be charged?

There are some exceptions where you can still carry a knife even if it is dangerous as well as illegal. You can check out in the codes (53.206 & 29-38) about these legalities.

If you can prove one of the followings, you will not be charged for carrying these prohibited knives or weapons.

Schools are a forbidden place

There is as always a prohibition to carry any dangerous weapons and knives on the school campuses or grounds and buildings.

Otherwise, all knives are Legal to Own in Connecticut

According to Connecticut knife laws, all knives are legal to own. You can own and have any knives in your home.

Though there are restrictions while carrying some knives, still those knives can be owned in Connecticut. For example, stilettos cannot be carried but can definitely be owned and kept in your house.

Sum up to the Knife Laws in Connecticut

Connecticut is a knife-friendly state for the knife owners. Carrying some particular knives outside your house has some restrictions.

Connecticut knife laws emphasize the blade size of the knives and especially on the sharp pointy knives which are dangerous.

There is no specific law for the minors too but carrying and possessing knives under the age of eighteen (18) can be problematic. So, it is better to be careful.

In a word, knife laws in Connecticut are not that complicated.