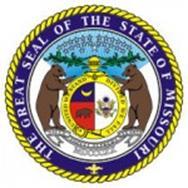 Knife laws in Missouri are pretty relaxing for the knife-owners and for open carries. There, almost all kinds of knives are legal to own except for the switchblades.

Concealed carrying is a big issue here like the most other states. Here blade size also matters for particular knives.

We are going to discuss all these and provide possible explanations of the laws’ statements. Hope this article will get you through the ideas.

Knives that are Illegal to Own

According to Mississippi, switchblades and knuckles are illegal to possess, manufacture, transport, and repair or to sell.

“571.020.1. A person commits a crime if such person knowingly possesses, manufactures, transports, repairs, or sells:

There are some situations when the statement mentioned above won’t be applied to. These are identified in the section below. We have explained the statements given in the code 571.020.2 respectively in the detail.

The section mentioned earlier in 571.020.1 will not be applied or be affected to any of the followings,

(1) Was incident to the performance of official duty by the armed forces, national guard, a governmental law enforcement agency, or a penal institution; or

(2) Was incident to engaging in a lawful commercial or business transaction with an organization enumerated in subdivision (1) of this section; or

(3) Was incident to using an explosive weapon in a manner reasonably related to a lawful industrial or commercial enterprise; or

(4) Was incident to displaying the weapon in a public museum or exhibition; or

(5) Was incident to dealing with the weapon solely as a curio, ornament, or keepsake, or to using it in a manner reasonably related to a lawful dramatic performance…”

Knife carrying laws in Missouri are strict for the concealing issues. There is an open carry law and concealed carry laws.

You can carry any legal knives openly if you want. There is no restriction for open carry knives in Missouri. For example, you can carry any knives except for the switchblades and knuckles openly and this won’t be illegal here.

There are strict restrictions for concealing knives. Anyone who knowingly carries a knife and other deadly weapons concealed is guilty of a crime. This is unlawful as well as illegal. According to Missouri, knife means some particular knives specifically.

The following statement 571.030.1 says about this clearly.

(1) Carries concealed upon or about his or her person a knife, a firearm, a blackjack or any other weapon readily capable of lethal use…”

What does “Knife” mean according to Missouri?

According to the Missouri revised statutes 571.010 (Definitions), “knife” has an individual definition for which we can differentiate knives as well as the dangerous ones.

Here, knife means daggers, dirks, and stilettos types of sharp-edged or pointy and dangerous instruments that can easily cause serious injury or even death to anyone. But interestingly, an ordinary pocket knife that is less than four inches of blade size is not included in the “knife” according to the Missouri Knife Laws.

(10) “Knife” means any dagger, dirk, stiletto, or bladed hand instrument that is readily capable of inflicting serious physical injury or death by cutting or stabbing a person. For purposes of this chapter, “knife” does not include any ordinary pocketknife with no blade more than four inches in length;”

So, knowingly carrying concealed dirks, daggers, stilettos and other sharp and pointy-edged knives are illegal here.

There are some individuals in particular situations that get the permit to carry knives concealed on behalf of their duty purposes. This is mentioned clearly in the statement 571.030.2.

So, it will not be illegal or unlawful when,

(1) All state, county and municipal peace officers who have completed the training required by the** police officer standards… whether such officers are on or off duty…

(2) Wardens, superintendents and keepers of prisons, penitentiaries, jails and other institutions for the detention of persons accused or convicted of the crime;

(3) Members of the armed forces or National Guard while performing their official duty;

(4) … the members of the federal judiciary;

(5) Any person whose bona fide duty is to execute the process, civil or criminal;

Legal Defense when you are charged

You won’t be punished if you carry any knives concealed if you are any of them mentioned above. You can also carry a pocket knife of four inches or less than that concealed and you won’t be charged for that.

But, you should not carry any knife concealed unless you are not any of the exceptions. For this, you might fall into trouble even though your intention was not to harm anybody. So, it is better to be careful rather than go for the risks.

Blade Size of the Knives

Laws for the Minors

There is no specific law for the minors in Missouri. But it is better if the minors are not given any of the dangerous knives before their matured age (at least 18 years old).

Schools in Missouri are also knife-free zones like the other states. No one is allowed to carry or possess any dangerous knives or weapons on the school premises except for the lawful or authentic personnel who are on their duties.

Knives that are Legal to Own in Missouri

Sum up to the Knife Laws in Missouri

Missouri defines “knife” as some particular knives such as dirks, daggers, stilettos. These knives and some other dangerous sharp-edged knives are illegal carrying concealed here.

Only switchblades and knuckles are illegal here to own, manufacture and transporting.

Even after all these restrictions, knife laws in Missouri cannot be told as the critical one because to some point, the laws are friendly.