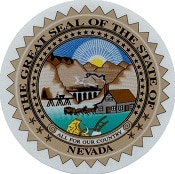 Nevada is now one of the friendliest states for knife owning as well as knife carrying issues. There are no knives illegal to own or to carry here (except some restrictions) from Nevada’s latest updated statutes of 2018. But most of the popular sites still have not updated these new laws.

To know more about the Nevada knife laws, we are here to provide you with the most updated statutes comparing with the old laws and the proper explanations.

What was the Old Law?

According to the old knife laws in Nevada, belt buckles which are also commonly known as switchblades, metal knuckles, slung shots, sand-club, billy etc. were restricted or illegal to manufacture, sell or purchase and to own.

It was illegal to carry concealed dirks, daggers, machetes, any knife similar to the belt buckles and any other dangerous weapons or knives.

Now the belt buckles or commonly known as the switchblades are no more illegal or banned here. So, there is no illegal knife remains in Nevada to possess. Only some instruments that have the characteristics like knives to some points still have the restrictions to possess or manufacture and all about that.

Even there are no restrictions remain now to carry concealed dirks, daggers, and belt buckles or similar to that.

From the updated version, the restrictions only remain on the blackjack, slungshot, billy, sandbag or metal knuckle and sand-club. Manufacturing, importing, selling/purchasing, possessing, giving/lending these mentioned weapons are illegal in Nevada now.

It is also illegal if someone intends to harm anybody or possess and use a nunchaku or trefoil. These two instruments basically are martial arts’ weapons. Nunchaku and trefoil are similar like the throwing stars. So, using or possessing these two are also illegal if you have a bad intention.

Nevada revised statutes Title 15. Crimes & Punishments code no: 202.350 mentions about all these facts.

(a) Manufacture or cause to be manufactured, or import into the State, or keep, offer or expose for sale, or give, lend or possess any instrument or weapon of the kind commonly known as a blackjack, slungshot, billy, sand club, sandbag or metal knuckles;

(c) With the intent to inflict harm upon the person of another, possess or use a nunchaku or trefoil;”

It is legal to open carry all the legal knives anywhere except for the schools, government buildings and in the courthouses.

The only restriction to carry concealed knife is for the machetes. Machetes are generally known as the short swords. So, it is illegal to carry a machete concealed upon anyone.

“(d) Carry concealed upon his or her person any:

Punishments for the Violation

Violating the laws mentioned earlier is of gross misdemeanors if these are about the first offense. And if anyone violates the laws subsequently, it will be a Class D felony.

(1) For the first offense, of a gross misdemeanor.

Laws for Drawing Deadly Weapons in a Threatening Manner

Though Nevada has updated its knife possessing and carrying laws and there are no banned knives here so far, there are some restrictions using some deadly or dangerous knives.

If anyone carries or uses deadly weapons or knives unlawfully especially the dirks, swords etc., accompanied by two or more persons, in accordance with the threatening, rude or angry manner and starts a fight or quarrel or any hazardous situation (except for the self-defense), it will be guilty of a misdemeanor.

And in that case, any sheriff or any peace officer will not be held to answer while during their lawful discharge of duties.

“1. Unless a greater penalty is provided in NRS 202.287 , a person having, carrying or procuring from another person any dirk, dirk-knife, sword, sword cane, pistol, gun or other deadly weapon, who, in the presence of two or more persons, draws or exhibits any of such deadly weapons in a rude, angry or threatening manner not in necessary self-defense, or who in any manner unlawfully uses that weapon in any fight or quarrel, is guilty of a misdemeanor.

Nevada is also a knife and weapon free zone like the other states. See for yourself what the statutes say about this in the code 202.265 respectively. (Source: https://codes.findlaw.com/nv/title-15-crimes-and-punishments/nv-rev-st-202-265.html)

It is illegal to carry dirks, daggers, and switchblade knives, blackjack and metal knuckles, nunchaku or trefoil on the school premises including the kindergarten section to higher education and also in the vehicles of schools.

(b) A dirk, dagger or switchblade knife;

(c) A nunchaku or trefoil;

(d) A blackjack or billy club or metal knuckles;”

Punishment for the Violation

It is guilty of a gross misdemeanor if anyone violates the law mentioned above.

“2. Any person who violates subsection 1 is guilty of a gross misdemeanor.”

The prohibition is not applicable for some authorized individuals. They are,

These people can carry the prohibited deadly weapons or knives on their duties without any difficulties.

“3. This section does not prohibit the possession of a weapon listed in subsection 1 on the property of:

(a) A private or public school or child care facility by a:

(3) A person having written permission from the president of a branch or facility of the Nevada System of Higher Education or the principal of the school or the person designated by a child care facility to give permission to carry or possess the weapon.”

Knives that are Legal in Nevada

There are no banned knives in Nevada from the updated laws now. Except for some restrictions mentioned earlier. So, knives legal in Nevada are,

Sum up to the Nevada Knife Laws

So, if you are not aware of the updated laws yet, it is better you get to know the coolest recent laws than being confused and worried.