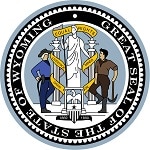 Wyoming has got the friendliest knife laws than any other States. It does not count anything about a knife. You can own any knife and carry any knife openly and there is no prohibition.

But there is a controversy about concealing deadly weapons in Wyoming. Know more in the details below.

As it is told at the beginning, there is no knife banned or prohibited to possess or own in this State. You are getting the legality of possessing,

It is legal to carry any knives openly in Wyoming. Also, there is no blade length limitation. So, you can carry any knife with any blade length anywhere except for the restricted places such as schools, courthouses etc.

In the first statute, it is not mentioned directly that carrying concealed any knives or any similar instrument that can cut or stab anything is illegal. But there concealing deadly weapons is considered as guilty of a misdemeanor. And the punishment for the first offense will be,

And the punishment will increase for the second and subsequent offenses.

In the next statute, the definition of the “deadly weapon” has been mentioned. The deadly weapon includes any instrument or material that can cause serious bodily injury or even death. And in this section, knives have also been considered as the deadly weapons.

So, this will be illegal if any knives are carried concealed which can cause serious injury to anyone.

The code 6-8-104 explains the consequences of carrying concealed weapons.

“(a) A person who wears or carries a concealed deadly weapon is guilty of a misdemeanor punishable by a fine of not more than seven hundred fifty dollars ($750.00), imprisonment in the county jail for not more than six (6) months, or both for a first offense…”

“(iv) “Deadly weapon” means but is not limited to a firearm, explosive or incendiary material, motorized vehicle, an animal or other devices, instrument, material or substance, which in the manner it is used or is intended to be used is reasonably capable of producing death or serious bodily injury;”

You need to have the permit or license to carry knives concealed.

It is illegal to carry or possess any knives or weapons on school premises.

In Wyoming, you can carry knives openly as a citizen or also as an outsider. But if you are about to conceal the deadly weapons as well as knives, you have to have the license.

This State has got the friendliest knife-ownership laws and there is no other complicacy in its laws.

Hi i live in Wyoming. Is it illegal to wear a knife in a bar?