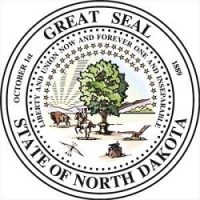 Knife laws in North Dakota are one of the friendliest for the knife-owners because there is no restriction to own any kind of knife here.

You just have to face some prohibitions on carrying knives but they all are straightforward.

A very few States has the friendliest knife-ownership laws and North Dakota is one of them. You can own or possess any knives you want anywhere except for the restricted places such as government buildings, educational institutions, courthouses etc.

Also, this law is applicable for knife concealing issues. If anyone fails to show the license to the officer that was authorized by the legal forces, it will be considered as carrying that dangerous knife concealed and is completely illegal.

“The failure of any person to give the license to the officer is prima facie evidence that the person is illegally carrying a firearm or dangerous weapon concealed.”

“An individual, other than a law enforcement officer, may not carry any firearm or dangerous weapon concealed unless the individual is licensed to do so or exempted under this chapter.”

In the statutes of North Dakota knife laws, there is a clear and straightforward definition for the knife concealment issue. In which category and case it will be considered as a concealed weapon or knife, the definition mentioned in the code 62.1-04-01 will clear your ideas.

If the weapon or knife is locked in a trunk or in a luggage compartment of motor vehicles, it won’t be considered as a concealed weapon. Also, while carrying a knife or weapon for trapping, fishing, hunting or shooting does not mean it is concealed even though it is visible or not. Any kind of wholly or substantially visibly dangerous weapons is not considered concealed too.

The law of North Dakota has explained thoroughly about which are the dangerous weapons. These dangerous weapons include switchblades or any other automatic knives or gravity knives, stilettos, daggers, swords, machetes, throwing stars and other martial arts weapons, metal knuckles, and any knife with the blade length of at least five inches or more.

There are more dangerous knives mentioned in the code 62.1-01-01. Look for yourself. (Source: https://www.lawserver.com/law/state/north-dakota/nd-code/north_dakota_code_62-1_01_01)

“1.    “Dangerous weapon” includes any switchblade or gravity knife, machete, scimitar, stiletto, sword, dagger, or knife with a blade of five inches [12.7 centimeters] or more; any throwing star, nunchaku, or other martial arts weapon; any billy, blackjack, sap, bludgeon, cudgel, metal knuckles, or sand club; any slungshot; any bow and arrow, crossbow, or spear…”

So, carrying dangerous knives including the mentioned ones in the statutes, that complete the definition of concealment, will be illegal.

Possession or carrying openly or concealed any dangerous weapons on school premises or in any educational institutions or in public gatherings are illegal and strictly prohibited.

Knife laws in North Dakota are friendliest for the knife-owners as there are no banned knives here to possess or own. But there are some restricted places where you cannot possess any knives.

Dangerous weapons are mentioned in the statute specifically and they are illegal to carry concealed or openly. So, other than these, knife laws are easy and clear in North Dakota.