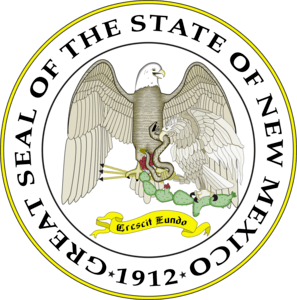 Knife laws in New Mexico are pretty strict for the knife-users. Concealed carrying of deadly or dangerous knives is completely banned here.

To know the list of the banned knives, you can follow this article because we are here to give you the thorough discussion of the US knife laws of this state.

Knives that are Prohibited in New Mexico

Switchblades and other automatic knives are totally banned in Mexico. Also, Balisong or butterfly knives are prohibited to own or to carry here.

“Unlawful possession of switchblades consists of any person, either manufacturing, causing to be manufactured, possessing, displaying, offering, selling, lending, giving away or purchasing any knife which has a blade which opens automatically by hand pressure applied to a button, spring or other device in the handle of the knife, or any knife having a blade which opens or falls or is ejected into position by the force of gravity or by any outward or centrifugal thrust or movement.

Whoever commits unlawful possession of switchblades is guilty of a petty misdemeanor.”

What does the statute mean?

It is unlawful or illegal to possess, manufacture, display, offer, sell or purchase, lend, give or take any switchblade knife or any knife having the configuration of opening automatically with the help of hand pressure, spring or button. Also, the knives which open by the force of gravity are also in this category.

So, Switchblades and other automatic knives are illegal in Mexico and it is guilty of a petty misdemeanor who violates the law mentioned above.

Carrying knives outside both openly or concealed have their different laws according to the knife laws. Any person can commit any sort of crime carrying one with him concealed or openly. So, carrying knives is the most important part for a knife-user and you should know the law exact it says in the statutes.

“30-7-2: Unlawful carrying of a deadly weapon” mentions this clearly, that it is unlawful or illegal to carry a deadly weapon concealed anywhere. Now which weapons are considered as the deadly ones the statute below will describe that thoroughly.

Punishment: If anyone violates this law as well as carries a deadly weapon unlawfully concealed, it will be guilty of a petty misdemeanor.

“C. Whoever commits unlawful carrying of a deadly weapon is guilty of a petty misdemeanor.”

According to the section “30-1-12: Definitions,” deadly weapons mean usually any kind of weapon or instrument which can cause serious bodily injuries or even death.

This includes dirks, daggers, switchblades, bowie knives, brass knuckles, poniards, butcher knives, sword canes or other sharp pointed canes which can cause dangerous cuts, slingshots, bludgeons, slung shots and other dangerous weapons with which dangerous occurrences or wounds can be caused. (Source: https://law.justia.com/codes/new-mexico/2006/nmrc/jd_30-1-12-c4d7.html)

So, carrying the deadly weapons concealed indicate the knives mentioned in the statute above. For your convenience the name of the illegal knives to carry concealed are,

There are some situations when an authorized person can carry knives r deadly weapons concealed and he or she would not be punished.

The following cases are exceptional,

“30-7-2: Unlawful carrying of a deadly weapon” mentions these all.

“A. Unlawful carrying of a deadly weapon consists of carrying a concealed loaded firearm or any other type of deadly weapon anywhere; except in the following cases:

(1) in the person’s residence or on real property belonging to him as owner, lessee, tenant or licensee;

(2) in a private automobile or other private means of conveyance, for lawful protection of the person’s or another’s person or property;

Blade Sizes of the Knives

New Mexican schools are also knife and weapon free zones like the other states. It is said in the section no. 30-7-2.1 that, carrying of deadly weapons on school premises unlawfully or illegally is guilty.

There are some exceptions too. Some individuals can possess deadly weapons on school premises on special permission. Those people are,

(4) a person conducting or participating in a school-approved program, class or other activity involving the carrying of a deadly weapon; or

(5) a person older than nineteen years of age on school premises in a private automobile or other private means of conveyance, for lawful protection of the person’s or another’s person or property.”

Knives that are Legal to Own

There is a lot to remember about the knife laws in New Mexico.  And the number of the legal knives is not that small also.

Sum up to the Knife Laws in New Mexico

New Mexican knife laws are not that tough to remember. It is better if you don’t carry any knife concealed out there as their knife concealing issue is very restrictive than possessing one. Who knows you might get offended even though you do not have any bad intention!

Though, switchblades and Balisong knives are banned here like the most other states. But, the list of the deadly weapons which cannot be carried concealed is bigger. So, it is the time you know the laws first and be cautious if you are a knife-user or planning to be one!